How to Stop All the Voice Assistants from Storing Your Voice 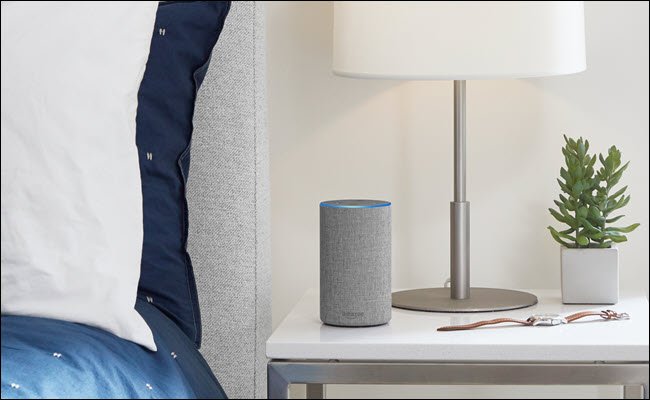 Voice assistants, like Google Assistant and Alexa, record what you say after the wake word to send off to company servers. The companies keep your recordings until you delete them. Some companies let you turn that behavior off: here’s how.

Voice Assistants Record You After Their Wake Word

Voice assistants work in a straightforward manner. They continually listen to everything you say, all day long. But the device in the room doesn’t have much intelligence. The only thing it can understand is its wake word: Alexa, Hey Google, Hey Cortana, and so on.

Once it detects that wake word, it starts recording everything that follows (and a second or so from when it thought it heard the wake word). The device sends the recording out to company servers (Alexa, Google, etc.) to figure out everything else you said and then act on it.

But after executing your command, the companies don’t necessarily delete your recording. Instead, your spoken words are retained indefinitely to improve Voice Assistant results and determine new features.

Some companies let you turn this behavior off. And some don’t. Among those that do, turning off recordings will break the voice assistant entirely, but that’s not true in all cases. We’ve rounded up what you can do, and what the results are.

Google is The Leader in Choice

Google stands alone as the only company that gives you a choice to use Google Assistant without storing your voice forever. And in a real step of leadership, that’s now the default behavior for new users who set up Google Assistant.

Existing users are grandfathered into the old system of retaining your voice recordings, but you can turn that off. Turning off voice storage is as simple as going to Google’s Activity controls, toggling off “Voice & Audio activity,” and then clicking pause. Best of all, turning off voice storage doesn’t break Google Assistant or Google Home devices, so there’s no reason not to turn the function off if you don’t like the thought of large companies retaining copies of your voice.

Alexa Doesn’t Give You Much Choice

Amazon offers no Google equivalent option to prevent the storage of your voice recordings. If you use Alexa, from any Echo device or an Alexa app, your voice is processed and sent to Amazon’s servers. Amazon retains your recordings to improve upon Alexa.

Your only options are to listen to your recordings and delete them or forego using an Alexa-powered device.  You can mute Echo devices, but that isn’t necessarily a permanent solution. If someone else noticed the device on mute and turns it back on, you’re back to where you started. And in any case, muting breaks the ability to use Alexa at all, defeating the point of owning the devices.

Amazon does provide a privacy dashboard where you can tell the company not to use your voice recordings to develop new features or to improve transcriptions. Just click the “manage how your data improves Alexa” option and then turn both toggles off. But you’ll notice this tells Amazon not to use your data for these two purposes; it doesn’t prevent storing your recordings or using them for any other purpose.