Is Your Time Worth Nothing? Why Most DIY Tech Workarounds Waste That Time and Worse Increase the Risks to Your Business 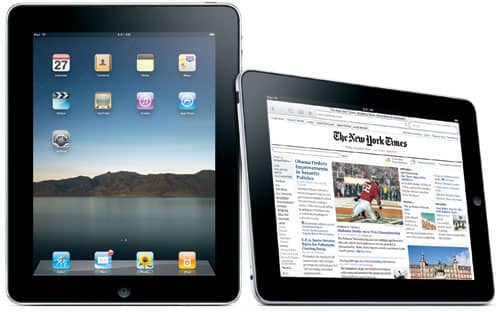 I kept using the iPad One at home as a glorified remote control for music in the house, but it slowly stopped supporting more and more apps until one day Sonos stopped supporting the iPad One and I had to surrender. While the hardware worked perfectly well, I had no software to run on it, so it was retired to the electronic graveyard drawer along with my daughter’s previous cell phone with a cracked screen.

I was frustrated when this happened because I had a perfectly functional piece of hardware that I could no longer use. I complained strongly to Sonos and they politely told me they were moving forward and would no longer support the older iOS operating system. However, their products are valuable enough to me that I also moved on and bought an iPad2 to take over remote control duties.

Now, I can be all upset that both Apple and Sonos are putting me in this situation but as long as I want to use what I considered a great music solution, I had to play by their rules.

Somebody might say that I could do the same stuff on my own Linux box and use an old laptop as the remote and rip my own MP3s and not rely on Spotify. Those people are technically correct but they are approaching the problem from a perspective that values my time at zero . As I get older and have more demands on my time, the value of each hour increases and I would much rather spend cash to recover my time. One fallacy in the DIY/workaround/OpenSource approach is that it values people’s time at zero and that is an expensive cost to some. Business owners’ and their employees’ time is also high value.

Don’t get me wrong, there are times when I choose to spend time over money, like when I repair my old electronics versus thowing them in to the landfill, but with only 16 waking hours to create value from each day, I need to make the most of each one. (And I like working on my old stuff.) However, rolling my own music playing solution in lieu of buying an iPad to use the Sonos app is not the way I want to spend my time.

Microsoft recently had a malware issue which they could have avoided if they had worked with software companies to forcibly stop supporting old operating systems. If software no longer worked on old, unsupported operating systems, people would stop using them. These old operating systems are the constant source of security issues for Microsoft. On the other hand, Apple does not have to deal with this issue because their old hardware is unusable and so it’s no longer a security risk.

Businesses need to begin looking at their hardware the way Apple does. Every piece of hardware a business uses is a vector for attack that could cost the business in some very real ways.

Make sure your hardware and software is supported by its makers. Your time is precious and the risk is great. Don’t be trapped by the DIY fallacy that you can keep running old, unsupported hardware that is out of warranty and be safe. As attacks on businesses become more profitable to the malicious organizations doing all this, they will become more sophisticated. Your business needs multibillion dollar companies on your side. You want to do business with companies who will lose a billion dollars an hour if their solution is compromised because that kind of pressure will ensure better safeguards and get problems solved quickly.

We are way past the point where software has eaten the world and that hardware is useless without the cloud software powering it. This means every business solution in your company absolutely needs to be on hardware that is on warranty and fully supported by its manufacturers. Any software running on that hardware also needs to be up-to-date and supported by the software company. ‘The Stakes is High’ (excuse my De La Soul reference) and businesses need to step up to 2017 infrastructure for their business.